It's about darn time I hit a reading jackpot. 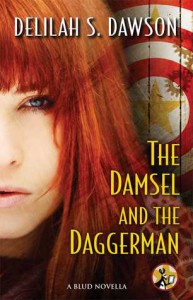 Killer bunnies ahead. I know, I'm not much of a gif reviewer, but had to make an exception this time. You'll see why. O.o

This short story is part of an ongoing series. I would recommend against trying to read this without having read the full-length books first, or the world will not fully be appreciated.

Now, with that out of the way...HOT DAMN.

Normally, I might complain when the best, most unique part of a book series which makes it different from every other series (the crazy world itself) is pushed aside in favor of adding more sexual chemistry. You aren't going to see me complain this time.

After all, it's a short story. If I want to revisit the land of Sang and spend more time with the crazy carnie people and strange creatures, I'd re-read one of the full length books.

Time is money. We're going from point A to point Z by way of screwing the world building. Did I already say that I didn't mind this time?

Why, you ask? Why would I not be righteously upset that my blud bunnies and bludmares and Criminy Stain's carnival didn't get full billing?

Criminy's voice shouted unnaturally loudly, thanking everyone and welcoming them back tomorrow if they weren't eaten by bludbunnies on the way home.

This is why : there's a hot, knife throwing guy who oozes male sexuality, but we find out he's (PRETTY BIG SPOILER BECAUSE I DIDN'T SEE IT COMING - don't click if you don't want to know)

[/spoiler] (uh, why didn't the spoiler tag button work? Did I do something wrong? Guess the page break is serving as my spoiler tag).

Oh, dear lord. I have just died and gone to my happy place.

It's time to bring back book kitty.

So I didn't get the full-on Sang experience. However, I got the trade off of lots of super creative sexual tension, which probably works better for the in-between stories.

He threw a knife at her girly bits. Ponder that. I mean, he is a knife thrower, but still...even a pro has to have mad skills to do that.

Her skirts felt oddly tight, and she opened her eyes and looked down. The last knife quivered between her thighs, piercing the layers of her skirts and drawing the cloth tightly over her legs.

I wish I could quote a few of the great scenes wrought with sexual tension, but I don't want to spoil the goodness.

It was awesome that the woman was the aggressor in this story, completely owning her sexuality. That doesn't mean by any chance that the man was a wallflower. He was definitely a strong male character, with an added dash of mystery. I definitely approved of Marco.

People who haven't read the series : if you're looking for something different, read this series. I don't even know how to describe it. If you took carnival people, steampunk devices, an alternate world, a lot of crazy creatures, and sexy as hell men who are a bit offbeat (read : they're snarky and they know it), you'll not even come close to figuring out what's going on here. The books are fun and sexy, so that's about it in a nutshell.Here's where I started. I want to go back and re-read my way through the books (there's only two) and the short stories that I missed in order to get the full experience. I even gave the prior short story a 5 star rating, and you know that's about as rare as a person wearing a snowsuit to the beach.

I will happily do a series re-read if people want to join me at some point (maybe Feb.) because I would love to see some others discover the magic of Sang.

This book provided from the publisher in exchange for an honest review. All quotes taken from the pre-published version and may be altered or omitted from the final copy.