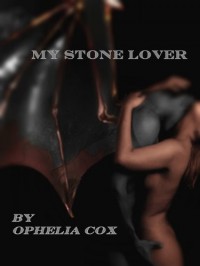 Adult review for possible taboo content. But mainly it's adult for me having way too much fun speaking about male parts.A super-short story which packs quite a punch! This really isn't as taboo as you'd think. Yes, the chick is getting it on with a gargoyle statue but if you are a fan of Beauty and the Beast, you'll sort of understand the point of the story, which is about seeing beauty where others can not.He was made to appear forbidding.Intimidating and frightening to scare the very demons he resembled away from those he protected.And still beautiful in his imposing nature.Don't misunderstand me though. This is pretty much sex served up on a platter. But I thought the story and outcome was pretty sweet for being perceived as taboo. My Stone Lover actually read like something of a sexed-up fairy tale. And I really enjoyed this fairy tale, no matter how far-fetched it was."Please, don't hurt me," I whispered."I would not harm you," it said, its low voice a rough grating like that of stones grinding.By far-fetched, I'm not even referring to a gargoyle coming to life and pleasuring a human. Oh no. I'm talking about the stone appendage not damaging the willing human. Anyone ever had sex that was a little rougher than usual and been in pain the next day? Anyone? Imagine that with a massive stone thingamajig (yes, you know what I mean). A massive, completely solid stone winky. A ginormous, hard, unwielding, womb-battering rod-o-doom. A mythic in proportions, non-flexible, non-latex dildo. You get my point? The woman was described as having pleasure-pain, but nope, I'm thinking it would be all pain and none of the pleasure.But it's a fairy tale of sorts. So I get to put aside thoughts of reality and go with it. If you're unsure if you could handle a woman getting it from a non-human object, try to liken this to a shifter or vamp. I almost saw this story from the point of view which lines up with erotic paranormal romance. If you're still unsure and can handle a spoiler for the ending, click this and see if it will make you feel better he becomes human in the end, the same as Beauty and the Beast. She woke him from his slumber and her feelings saved him.Feel better? It's not as bad as you thought, right?
Tweet