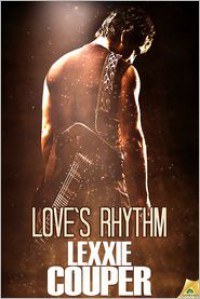 "Until this afternoon, Lauren had said all of about ten words about you."Nick's heart did a rapid little thud at the idea of Lauren talking about him. "What were those ten words?""I went out with Nick Blackthorne once. Stupidest thing I've ever done."Dull disappointment dropped into his gut. "That's twelve words."Adult review for erotic content.Review 1 (reviewing as a romance book)Big thumbs up in this department. When a famous rock star come to town to rekindle an old romance with the only woman he's ever loved, sparks fly immediately off the bat. I loved that the story burned hot right at the start and the background information came later as we got to know more about the couple.Not gonna lie. Nick was quite the (using technical terms here folks) hottie. He was attractive, smart (he figured out something early on that most book heroes would have been too stupid to notice until at least 75% in), and sentimental. Plus, he's ready to throw away his womanizing days and settle down. I'm glad I didn't read the prequel book to this one first because Nick was still acting wild in that one. When I do read it, I think I'm going to imagine him as someone else so my image of him being the newly reformed bad boy will stay in my head.His fly was zipped, the top of the treble cleft tattooed on his lower abdomen peeking from above the low-slung waistline of his jeans. His thick black hair hung around his face, awry from her hands, brushing eyes that studied her with an unreadable intensity.He looked like a sexual god.He looked like a rock star.But he's not all sex on a stick...He didn't want to be a walking cliche. He didn't. He wanted to be-His phone vibrated in his pocket, a second before The Wiggles started singing, "Hot Potato."His stare found its way to Lauren's face, to her soft lips, her clear blue eyes. For the first time he noticed fine lines at their edges, lines that told him of a life lived without him. They looked beautiful on her.(he thought) Fix it now. Give her everything you should have the last fifteen years. Make her remember what it was like. Make her cry your name. Make her plead for more. Make her love you again.Yet, their first meeting in after so many years went more like this :Nick Blackthorne was here in Murriandah, and she'd rendered him unconscious with the very satchel he'd given to her fifteen years ago.My final thoughts on this as a romance book : Love. I especially love how the "single mom" aspect was handled. Since it's a personal subject for me, I find this plot point as one that either works or it doesn't. In the case of this book, it worked.Review 2 (reviewing as an erotica book)The sex was h-o-t. No complaints in that department. The scene where Nick held Lauren up a door and went down on her - picture me in a little melted puddle. The terminology was n-o-t. Many complaints in this department. I've often wondered how I'd do writing erotica. Sometimes I get this crazy idea that I could rock it out. Most likely, I'd fail miserably. The biggest thing I wish writers would learn to work around is outdated and cringe-worthy terminology. Squealing, suckling, stabbing tongues, rods of steel, sheaths, weeping sex, spurting seed, etc. etc. It's not hot. It's not sexy. There's got to be a way to write a sex scene without resorting to such strange terms. This isn't an isolated incident, so I'm not specifically picking on this author. I just noticed several of my least favorite terms in Love's Rhythm. Were these terms enough to distract me from the sex? Nope. Nick and Lauren were smoking hot. I was happy.One last bad, bad term : Like a junkie wanted a hit. If I never see a reference to love and drug use again, it will be too soon.Was this book worth the read? If you like sweet romance and hot sex? Abso-freakin-lutely.
Tweet