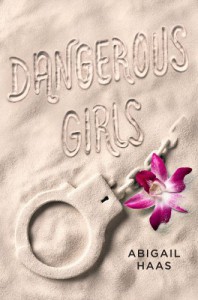 Sex, drugs, lies & murder.update note : 6 hours later and I'm still thinking about Dangerous Girls. I can't stop debating whether my rating should be a 3 or 4. Even though I had issues with the characters, this book's ending has me continuing to dwell on it, which must count for something. I need a person who's read this to discuss it with!3.5 stars. I just finished this book and I feel physically ill. If you took shades of the Natalee Holloway and Amanda Knox cases and added in a few elements of Brokedown Palace and Cruel Intentions, you'd be somewhere in the ballpark of what's going on here, but still not close enough.I fought a battle in my head over how to rate this book. I hated the characters, hated their actions, and hated the entire chain of events leading up to the reveal.BUT. Giving credit where it's due - I couldn't stop reading. There was a lot of mind-f*cking going on here. And I'm pretty sure there were a few moments in the telling of this story which were a stroke of genius. It's not uncommon to find books that mess with your head, and a good portion of them are shock value with no real merit. However, this particular tale had some real thought put into the entire chain of events. There was an instance in this book which reminded me exactly of a situation that I went through while on vacation with friends and I almost ran to the bathroom and threw up because it felt like a punch to the gut.Once the chain of events was set in motion, I couldn't stop reading. Even though I thought some of the back-story was silly and fluffy, it was necessary to have it there in order to show the bond between the two girls - one alive and one now dead. As I continued reading, the tone switched from frivolous to dark. My stomach started doing flips when I realized something was going on in the background that I didn't like. From there, I had to know what was going to happen next.In all honesty, I never understood why everyone was drawn to the Elise (the dead girl) in the first place. We all know girls who are the life of the party (or we happened to be that girl) and the character of Elise didn't strike me as all that note-worthy. Ah well, I guess that's why she's the dead one and we're following someone else's trial, haha.It's hard to know who to recommend this book to. Fans of mind-f*ck books will definitely be first on the list. You know who you are. Go ahead, get your copy. Please do. Then come back and let me know your thoughts about that ending. THAT ending. Good lord, THAT ending. I suspected it could happen, then discounted my thoughts after something else happened, then realized I SHOULDN'T HAVE DISCOUNTED anything.So what about the rest of you? Well, it depends. Are you in the mood for something different? Are you willing to go through a little bit of emotional turmoil in order to read something that's going to get you thinking? If so, then I'd think you might want to consider this.Not a fan of whodunnits or relationship drama? Then you'll want to steer clear. This book provided from the publisher in exchange for an honest review.
Tweet