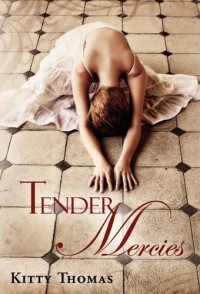 Adult review for taboo erotic content.Moving this review over from my other account because I want to start merging some authors onto the same account instead of having them listed in separate places. There are a couple of mild spoilers ahead discussing character behavior, but there are no big plot reveals.Original read/review early 2012. I knew what I was getting into when I started this book. I'd read and loved Thomas' book Comfort Food, so the subject matter was not a deterrent.Believe it or not, this book disturbed me more than Comfort Food did. I'm not really sure how this happened. I think what I realized is that the cruel master scenario made more sense to me than the kind master scenario.It was almost as if I wanted the second master to either be harder or softer. If he had been harder, I would have accepted that he was wired to be in control. If he had shown a little bit more flexibility in Grace's life outside of the bedroom, I would have accepted that he was a sexy dominant with some give. Unfortunately, I had a hard time growing to like him because I felt like he was trying to prove to himself that he was in control, even when he didn't always need to be. If you're wired to be a hardass, great. If you're not wired that way, don't force it. I felt like he forced himself to do things to Grace that he didn't always want to do.The situation with Darcy should have taught him that he was okay to ease up on the reigns at times. The lesson he learned from that wasn't much more than thinking he needed to get control earlier on and keep control. But I ask the question - or what? What exactly was Grace going to do? Once she learned to trust Asher, she wasn't going to be rebellious. She wanted to be a submissive. So, him deciding that he would choose to punish her if she accidentally broke something seemed overkill at that point, especially when he didn't like doing it to begin with. Again, I think I would have had an easier time with this if it was in his nature to want to hand out punishments. It just bugged me that he was forcing himself to do this because it fit his pre-conceived notions of what his role was as a dom. The story would have worked better (in this instance) if he was a dom in the bedroom and a partner in real life. Yes, I know...it works against the whole island concept. But, why couldn't he have been a break from the island norm? This could have been shown through his loss of Darcy and how the healing changed him.This book has scenes of forced sexual play, hints at animal participation, etc. You will want to know this before picking up the book because this author writes taboo subject matter. I don't feel the need to spoiler tag the above because it's something a person should know if they plan on reading anything from this author.
Tweet